Find out what's happening overseas where assisted suicide is legal

Anyone can choose death

"There is no slippery slope and the relaxing of practice is not supported by evidence from the Netherlands or from anywhere else where the law is more compassionate,"
- Terry Pratchett on euthanasia.

Read all about it

First child to be euthanised

​​​​​​​It's interesting that the late writer of Disc World fame would say this. Most people think this, I hear it a lot, but half the time I hear it I can't help but wonder, did they look at the evidence?

Euthanasia and the Slippery Slope

The most frequently cited reasons given for ending the lives of patients without their knowledge or consent were: "low quality of life", "no prospect for improvement", and "family couldn't take it anymore."

In Belgium, a 10-year review found the same trend. Between 2003 and 2012 there was a 500% increase in euthanasia deaths, and in almost half of those cases consent had not been given.

Not only did euthanasia practice become more lax over time, but the law itself was changed in both the Netherlands and Belgium to include children over 12. Since then, it is believed that 15-20 newborns are killed every year in the Netherlands by lethal injection despite it still being illegal.


So why is there a slippery slope?

Laws are as powerful as prosecution is possible for breaking them. The problem is, when you legalise euthanasia, or ‘assisted dying’ as the UK insist on calling it, you make it harder for doctors to be prosecuted for wrongful deaths. So even though there are laws protecting patients, doctors aren’t being held accountable to them.

Culture and incentives are also incredibly important factors when thinking about legalities. Here in the UK, NHS trusts were paid financial rewards for using the LCP, a pathway that deprived terminally ill and elderly patients of food, water and treatment, hastening the dying process. Concerns about freeing up beds have also seen things like the introduction of the ‘dying at home’ program through the LACDP. Or the requirement that NHS trusts must use the aforementioned LCP to receive their government grant, even though officially the LCP has been phased out.

The culture around euthanasia is also definitely changing. Belgium seems to have embraced euthanasia as if it were a new pastime. Nathan/Nancy Verhelst ended his life in front of TV cameras, after a series of botched sex-change operations. His mother said she had always hated girls and found her child ‘ugly’. This is a concerning thing for a society to embrace and tune in to watch as if it were light entertainment. There have been a number of other concerning high profile cases, such as Mark and Eddy Verbessem, the 45-year-old deaf identical twins who were euthanased by the state after their eyesight began to fail. Or Ann G, who became suicidal after struggling with anorexia, and being abused by her psychiatrist.

Each of the three factors—accountability, incentives, and cultural normalisation—work against safeguarding.

Still need more proof? Please see the list of articles at the top right of this page. 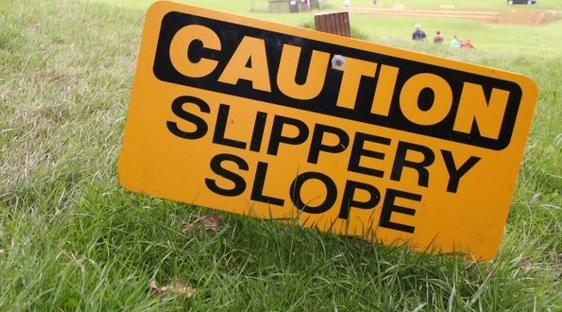 ​by The Distant Voices